Could you wear a killer’s cardigan?

Does laundering an item of clothing remove the energy imprints of the previous wearer? If you ever wear second-hand clothing, you may want to know the answer to this question. 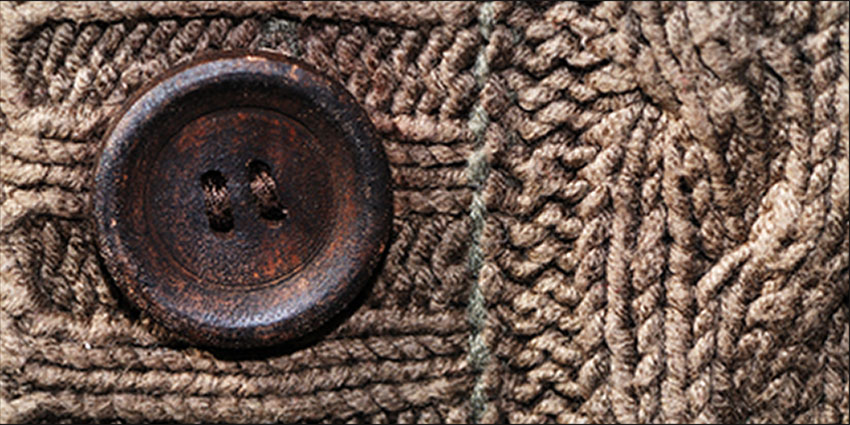 ‘Could you wear a killer’s cardigan?’ This is one of many provocative questions raised by Bruce Hood in his book, Supersense: Why We Believe The Unbelievable (Harper One, 2008), and in some of his public lectures.

First, he does an experiment where he passes a fountain pen around the audience that he pretends once belonged to Albert Einstein. ‘The reverence and awe towards this object is palpable,’ he says. ‘Everyone wants to hold it. Touching the pen makes them feel good.’

Then he produces a cardigan and asks who would be willing to put it on. Usually at least a third of the people in the audience volunteer to do so. Until he reveals (another pretence) that it once belonged to Fred West, a well-known English serial killer. Immediately most of the hands go down and people visibly recoil from those who adamantly keep their hands up. ‘Typically they are male and determined to demonstrate their rational control,’ he says. ‘Or they suspect, rightly, that I was lying about the owner of the cardigan.’

Hood is a Professor of Developmental Psychology in Society at the University of Bristol, UK, and takes a very scientific approach to such matters. In his book, he asks, ‘How and why should a cardigan come to represent the negative association with a killer? If I had chosen a knife or noose, the association account would have been adequate. A cardigan is not an item usually linked to murderers. It is something that offers warmth and comfort.’

He concludes that ‘The Fred West cardigan stunt triggers mostly a sense of spiritual, not physical, contamination. You can’t wash away such contamination as though it were dirt.’

Paul Rozin, Professor of Psychology at the University of Pennsylvania, who specializes in research on the unusual topic of the origin, evolution and the meaning of disgust, also confirms that ‘more people would rather wear a cardigan that has been dropped in dog faeces and then washed than one that has also been cleaned and worn by a murderer.’

In his book, Hood explores the many types of “supersense” humans have. It’s a great read but, since he doesn’t have any awareness of etheric and astral imprints, he concludes in the end that ‘supernatural thinking is simply the natural consequence of failing to match our intuitions with the true reality of the world.’ He comes very close at times to recognizing that objects can have an energetic as well as physical component but never actually accepts it, in spite of the overwhelming evidence in his studies that so many people innately believe this to be true.

My perception, after years of energy sensing objects of all kinds, is that laundering clothing removes all imprints. So putting on Fred West’s freshly laundered cardigan presents no problem at all energetically.

However, if it hasn’t been washed, that’s a completely different matter. Particularly if he wore it frequently and even more so if he wore it recently and it hadn’t been laundered for a long time, it will be saturated with his imprints. This will have an energetic effect on any wearer, as people intuitively know. And as I explain in the Clutter and Feng Shui Symbology chapter of my Clear Your Clutter with Feng Shui book, if a person knows the history of an item and has a negative association with it, then just the sight of it will evoke those feelings and no amount of space clearing will change that.

So if someone knows it is a murderer’s cardigan, even if it has been laundered a hundred times, they are likely to feel energetically contaminated if they come into contact with it, even though they haven’t been.

I love questions like this because they illustrate so clearly something we all know and feel, but most people don’t know why.

One Response to Could you wear a killer’s cardigan?