Do you have, want or need an idiophone? 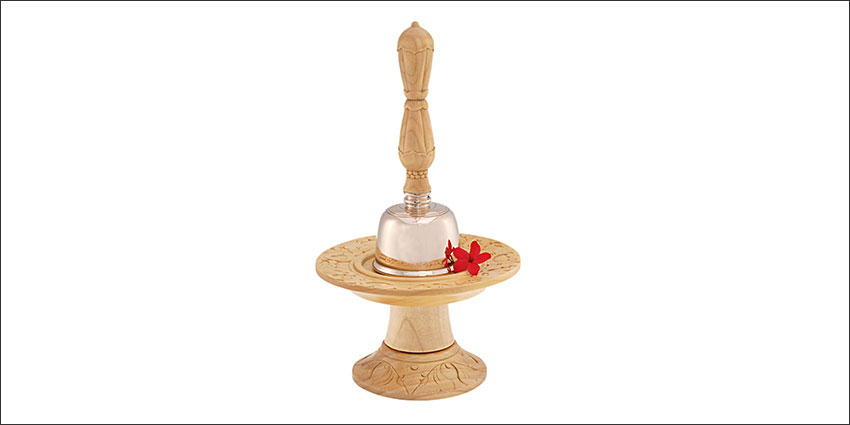 If you think I’ve completely lost it here, I’m talking about bells.

What exactly is an idiophone?

An idiophone is defined in the Online Oxford Dictionary as ‘an instrument the whole of which vibrates to produce a sound when struck, shaken, or scraped, such as a bell, gong, or rattle’,  and according to the standard Hornbostel-Sachs system of classification, it is one of the five main categories of musical instruments.

Idiophones include all kinds of percussion instruments except drums, and are believed to be the most ancient type of musical instrument there is, ranging from the humble triangle to a full-blown gamelan orchestra. Bells are the best-known type of idiophone and the one most commonly found in cultures all over the world.

But when people ask me, ‘What do you do?’, how is it going to sound if I admit that I clear energies in buildings using an idiophone? The word, at least in my mind, conjures up images of some kind of telecommunication device designed for use by an idiot.

Or how will it be if I turn up at someone’s house to do a consultation with my beautiful Balinese idiophone? It just doesn’t have the same (‘scuse the pun) ring as “Balinese space clearing bell”.

The origin of the word

So I dug a little deeper in my online research. According to the main etymological online dictionary, idio- derives from a Greek word meaning “personal, private, or one’s own”, as in the word “idiosyncrasy”. And phone is the Greek word for ‘voice’ or ‘sound’. So idiophones are so-named because they produce sound by vibrating themselves, as opposed to instruments that vibrate a string, membrane, the air or create sound electronically.

Suddenly the word idiophone takes on a certain grandeur!

I have also discovered that I am a campanologist – a person who studies the casting, tuning and ringing of bells. I acquired my first bell in my early twenties and have been an unwitting campanologist ever since. Here the etymology is far more poetic. Campana derives from the Latin word for “bell” and has a far more respectable and melodic feel to it.

So there you have it. If you’re thinking of space clearing your home, you’re in the right place. I have a directory of highly skilled campanologists who use the best-handcrafted idiophones money can buy. Or you can purchase your very own Balinese idiophone and do the job yourself 🙂

Karen Kingston is the world's leading authority on space clearing and a leading expert in clutter clearing. Her first book, Creating Sacred Space with Feng Shui, has sold over one million copies in 16 languages, and her second book, Clear Your Clutter with Feng Shui, has sold over two million copies in 26 languages.
View all posts by Karen Kingston →
This entry was posted in Balinese bells. Bookmark the permalink.