Your home is a reflection of yourself and everything in it says something about you, whether you have made conscious choices about the things you keep around you or not. 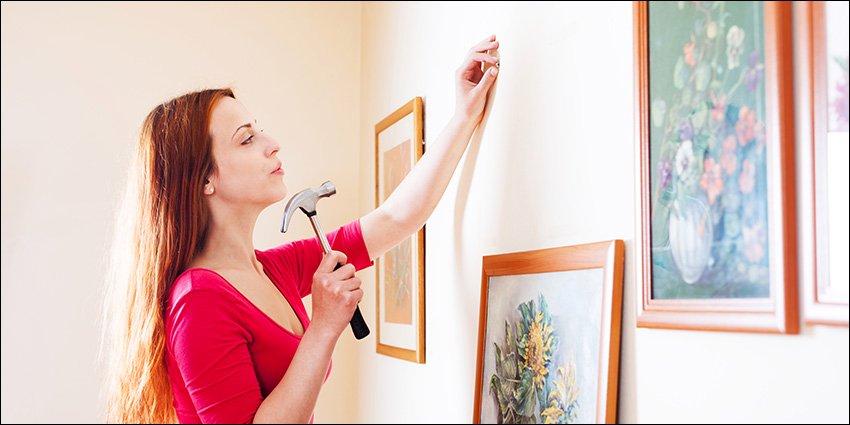 Everything in a person’s home is a reflection of something inside them, but this does not mean that this is all they are. Buried deep inside there may well be latent talents that have never emerged or yearnings and desires that have never been expressed.

I have seen this many times in the houses I’ve visited to do consultations, and this is where the hand sensing technique I have developed over the last 40+ years comes in so useful. Rather than accepting everything I see in a client’s home at face value, I nearly always begin a feng shui, space clearing or clutter clearing consultation by doing a hand sensing circuit to get a deeper reading of the space.

My husband Richard has also developed this skill to a very high level. It’s one of our favourite parts of doing a professional space clearing because it’s so visionful and nearly always surprising in some way.

Hand sensing involves reading the energies imprinted in walls, furniture and other items with my hands. The best way I have found to explain how I do this is to use the analogy of reading a book. How is it that we are able to translate the tiny symbols we see printed on a page into meaningful concepts just by scanning our eyes over them? Most people would not be able to explain this if asked, but we all do it just about every day of our lives.

With hand sensing the principle is the same, but it is unseen energies rather than symbols that are being read and translated. With practice, it can be developed to a very high level of accuracy, and we have successfully taught many space clearing practitioners how to do it.

I once visited the home of a young woman to conduct a feng shui consultation. She explained in detail the difficulties she was experiencing in her relationship and with a book she was writing, but I could tell these weren’t the real issues at all. My hand sensing circuit revealed that something much deeper needed to be addressed before she would be able to make much progress with either.

The only items she owned that had any vibrancy about them at all were a colourful picture of two people dancing, a very cute image of two bunny rabbits rubbing noses together and a rug she had bought in India. Everything else was energetically bland, and sure enough, when I began asking her about the various pictures she had on the walls, she used words such as “harmless”, “calm” or “not disruptive” to describe each of them.

As we worked our way around her apartment, she gradually came to see that these items all reflected how life had been for her when she was growing up, attempting to avoid the heavy hand of her step-father by being as obedient and unobtrusive as possible. Even though she had owned her own apartment for five years and was free to decorate it as she pleased, she had chosen items that would be inconspicuous and unremarkable. In fact, going deeper still, she hadn’t even chosen most of them herself – they had mostly been gifts she didn’t even really like from her mother or sister.

She realized she wasn’t living her own life at all and everything in her apartment reflected that. The real “her” was trapped on the inside. No wonder the writing wasn’t flowing, and no wonder she didn’t feel able to talk freely to her boyfriend. She had been stifling her self-expression all her life.

As soon as she realized this, she immediately began taking down pictures and removing ornaments, as if she couldn’t bear to have them in her home a moment longer. She also began to confide in me other things she hadn’t yet admitted, such as how ardently she longs to have a baby and how much she resents the way some people treat her. It was all there, just waiting for the opportunity to bubble up to the surface, but no one would ever have guessed this just by looking. It was all so well hidden beneath the subservient exterior that had kept her safe as a child but was now stifling her creativity as an adult.

I left her with many suggestions for how to turn her home into a joyous canvas for her life rather than the dutiful shell of existence she had settled for.

‘I thought you would tell me to move my sofa,’ she said, as I was preparing to leave. Well yes, furniture positioning can be important and I did check it while I was there. But getting to the source of an issue that has been running someone’s life is a far deeper and much more meaningful level of feng shui that can bring about profound and lasting changes. It is always a great privilege to be invited into a home to put vision on such things.

Karen Kingston is the world's leading authority on space clearing and a leading expert in clutter clearing. Her first book, Creating Sacred Space with Feng Shui, has sold over one million copies in 16 languages, and her second book, Clear Your Clutter with Feng Shui, has sold over two million copies in 26 languages.
View all posts by Karen Kingston →
This entry was posted in Space clearing skills. Bookmark the permalink.

12 Responses to What hand sensing reveals